Only Respect or Only Wealth? 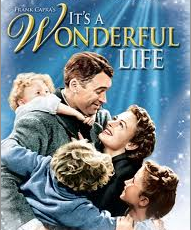 Every morning I try to read one chapter from the book of Proverbs.  Today this verse caught my eye:


A kindhearted woman gains only respect,

But ruthless men gain only wealth.

In the margin of my Bible, right next to the second line of this verse, I have written the name, Henry F. Potter,  No, he is not a former boss of mine, nor is he an old school teacher that I despise.  (When it comes to teachers and bosses, you only remember the really good ones and the really bad ones.)

Potter, as he is called, is the antagonist in my favorite Christmas film, It’s a Wonderful Life.  He is the bane of Bedford Falls and can best be described by two words: rich and ruthless.

Potter controls the bank, he possesses the liens on most of the homes and businesses in the city and he is merciless in his efforts to “own” Bedford Falls.

He holds most of the town’s wealth, but very little of its respect.

George Bailey, on the other hand, is respected by nearly everyone in the little town of Bedford Falls.  He is the protagonist in the movie, It’s a Wonderful Life, who runs the family owned building and loan company and spends his days and years helping people make a life worth living.  In the midst of frustration, hardship, disappointment and unrealized dreams George is quick to serve others, help the downtrodden and he is kindhearted to all.

In the closing scene of the movie, George Bailey stands in his home surrounded by scores of friends from throughout the town.  They have come to give him money to help him out of a tight spot that he finds himself in.  They are literally “paying” him respect for the kindness that he has shown them over the years.

As the money piles up and more and more of George’s friends crowd into the room, Potter is conspicuously absent from the scene of immense love, friendship and community.  It seems that George’s investment of kindness in the lives of others has left him standing amidst friends as the richest man in town.

The ruthless gain “only wealth” and when the money, power and prestige are gone, they stand alone, with nothing.

The kindhearted gain “only respect” and when the admiration, esteem and honor fade, they stand together, with friends.

Which one will your name be written next to?

Posted at 08:36 AM in Book Review, Proverbial Ponderings | Permalink | Comments (0)