Nudgings #20 - All That Mattered 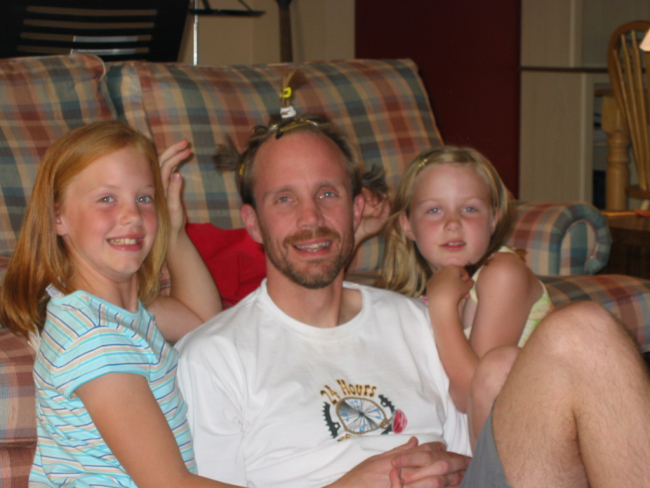 Though he was God,
[Jesus] did not think of equality with God
as something to cling to.
Instead, he gave up his divine privileges;
he took the humble position of a slave
and was born as a human being.
When he appeared in human form,
he humbled himself in obedience to God
and died a criminal’s death on a cross. (Philippians 2:6-8, NLT)

I have two daughters and during their growing up years I was a lot of things: a teacher, a minister, an adjunct professor, an assistant principal and a principal, and within those various contexts people referred to me as pastor, leader, supervisor, professor, administrator and boss. Each role I served and title I held were an aspect of who I was and what I did professionally, and they were the means by which I was able to provide for my family.

But all that meant nothing to my little girls. When I came home to them at the end of the day I was one thing—their Daddy, who cared for them and loved them—and that was all that mattered.

God is love, and Jesus was and is God, and over the eons He has been many things: omnipotent, omniscient, omnipresent, the Alpha and the Omega, and the Creator of the universe (to name a few), and His titles include—Son of God, the Word, King of Kings, Immanuel, Prince of Peace, Lord of Lords, the Way, the Truth and the Life.

But all that meant nothing to Him when He saw his little children—you and me—in need of rescue. Jesus left his home, humbled himself, came as a baby, became a servant, and died a criminal’s death on a cruel Roman cross to save us from our sins. Out of kindness and care for you and me, Jesus abandoned all titles and positions except for one—Love—and that was all that mattered. 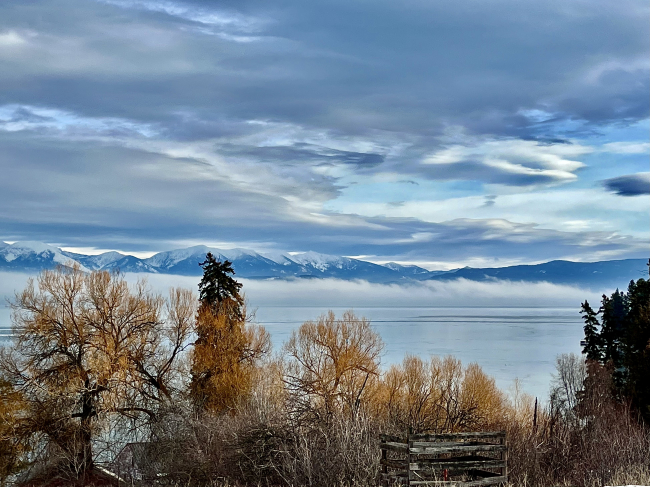 Have you ever been left speechless after seeing something of great beauty? I have. I can’t even begin to describe that golden sunset at the Oregon Coast, the kaleidoscope of life and color housed in the coral reef of Thailand, or the smiles on the faces of orphans in India as they laugh and play with a brand new soccer ball. There are no words.
But all that pales in comparison to the profound beauty of my daughters and my memories of them as precious newborn babies, cute and comical toddlers, smiling schoolchildren, laughing teenagers, adventurous and determined college students, and committed followers of God. I can’t get over their hugs, and their love for each other, for their mother, and for me. There are no words.
And yet, all that beauty—and even the most beautiful thing you and I can think of— is but a shadow of the radiant grandeur of the heart of God:

For God so loved the world, that he gave his only Son, that whoever believes in him should not perish but have eternal life. (John 3:16, ESV)

When we were utterly helpless, Christ came at just the right time and died for us sinners. Now, most people would not be willing to die for an upright person, though someone might perhaps be willing to die for a person who is especially good. But God showed his great love for us by sending Christ to die for us while we were still sinners. (Romans 5:6-8, NLT)

Jesus will wipe every tear from their eyes, and there will be no more death or sorrow or crying or pain. All these things are gone forever. … He says, “Look, I am making everything new!” (Revelation 21:4-5, NLT) 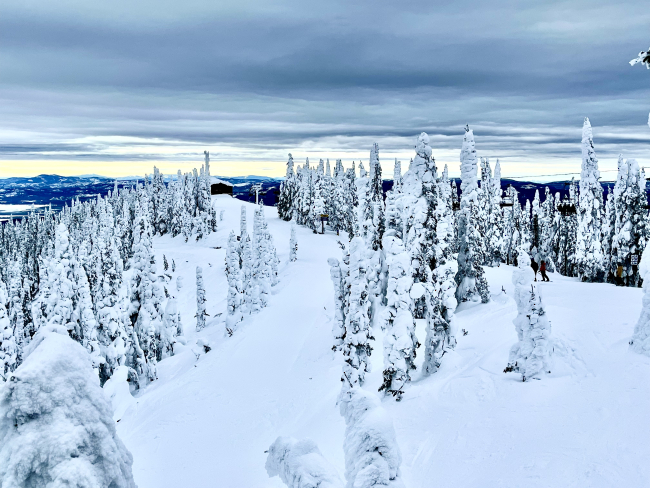 The other day I unexpectedly ran into a friend I hadn’t seen for a long time and we only had about five minutes to chat. We talked briefly about work and family and then the topic of faith came up. My friend said that his relationship with God had become a bit cold and distant of late and he seemed forlorn and disheartened about it.

I felt bad for him. I’ve been there. That is a tough and discouraging place to be. You feel like a failure, and the way back to God seems too complex and too costly.

I shared the verse with him and he paused a moment and then asked, “Is it really that simple?”

And suddenly our five minutes were up.

If there had been more time I would have shared with him about the loving Father that eagerly stands on the road waiting and watching for the prodigal’s return. (Luke 15) I would have reminded him that God is faithful, even when we aren’t. (2 Tim. 2:13) And I would have assured him that Jesus doesn’t ever give up on us—He is ever knocking at our heart’s door. (Rev. 3:20)

As we parted, I told my friend that I would be praying for him and I encouraged him to read his Bible and call upon the Lord in prayer. I said, “Start there—draw near to God and He will draw near to you.”

Thanks to Jesus, it really is that simple.

Nudgings #17 - The First and Last Word 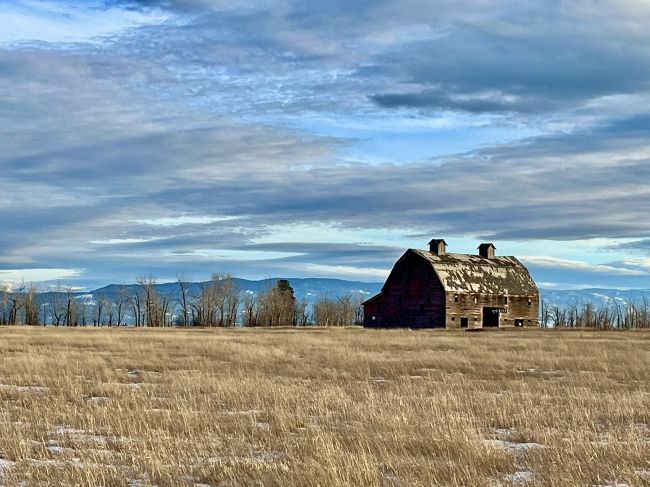 The above superscription is found at the outset of Psalm 51. It doesn’t even merit a verse number, but it sure packs a punch. It’s the “back story” for David’s prayer recorded in the psalm. Anyone who has read the whole story in 2 Samuel 12 knows that this pithy introduction to Psalm 51 is just the tip of the iceberg when it comes to David’s offenses—teeming with lust, adultery, deception, manipulation and murder.

However, as I point the finger at David, I can’t help but notice three more fingers pointing back at me. I don’t know about you, but an honest superscription of my life, although different from David’s, would be just as tarnished. The Apostle Paul sums it up well, “All have sinned and fall short of the glory of God.” (Rom. 3:23)

Sin may have the first word in this psalm of David, but sin didn’t have the last word in David’s story—and sin doesn’t have the final word in my life either.
Jesus does.
He paid the price for my sins upon the cross and God doesn’t want a blood sacrifice from me. But He does want something—my heart.

Take a look at David’s words near the end of Psalm 51:

Give God your heart. Let Jesus be the first and last word in your life. 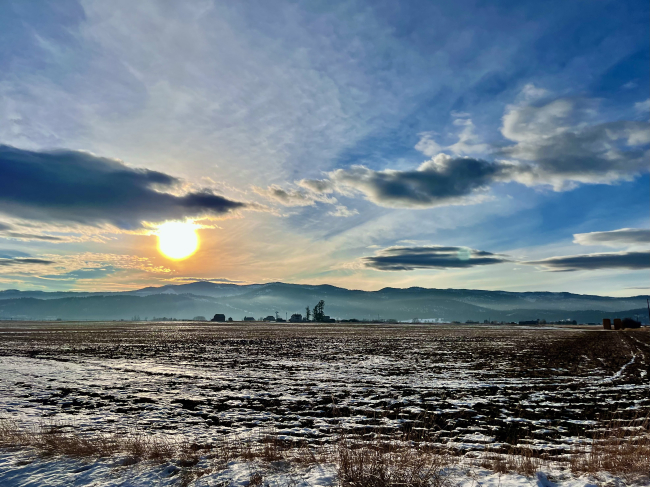 The hours of our lives—they are a precious commodity.
We don’t want to lose a single one.
So we say to ourselves and to others:
don’t smoke,
stay away from fried foods,
exercise regularly,
cut the sugar,
manage your stress,
get regular check ups,
avoid the lines at the DMV,
and, . . . be careful!
We all want to live. We want every hour of life we can get.
Why? So we can watch more Netflix? Football? and Fixer Upper?
Maybe, but too much cotton candy leaves us sick and unsatisfied.
Time flies as the hours congeal into days.
Is it time spent or invested?
Do our minutes have meaning?
We give great attention to the hours of our life;
but what about the life in our hours? 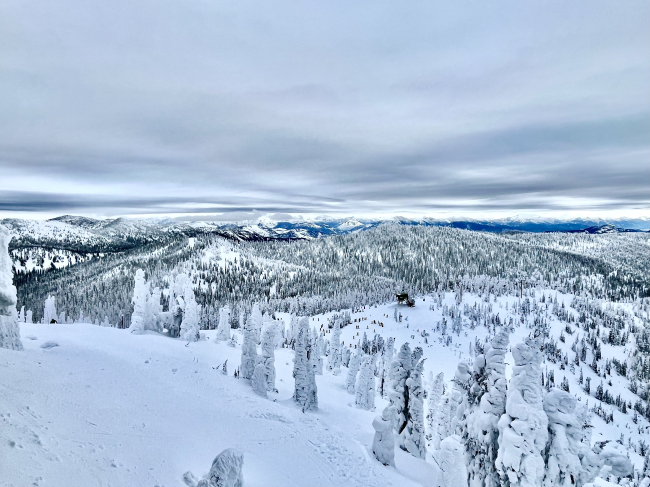 The Place of Help - 2 Years Later 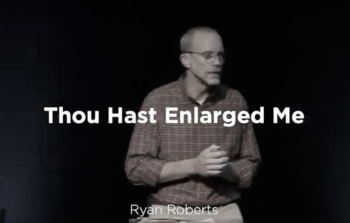 Two years ago today I had pancreatic surgery at the Mayo Clinic in Rochester, Minnesota. Through the hand of God, and the hands of the medical team, I was delivered from a rare tumor that was taking my life.

I am so grateful.

I called upon the Lord in my need, and when I couldn’t, others stood with me in prayer. I was at the end of my rope and Jesus delivered me from my troubles.

I give Him all the honor, glory and praise.

But as I rejoice (and thank you for rejoicing with me), I also want to be sensitive to those who mourn and to those who are in the midst of trouble in these trying times.

I am so sorry for the sadness, pain and fear that you are experiencing. I stand with you in prayer. Jesus says to each of us, in every moment of our lives, “Call on me in the day of trouble,” because only in Him is the place of help.

I did call upon the Lord and I was surprised and delighted to find that he was with me. I was “delivered” well before I lay under the bright lights of the operating table. His presence and peace were with me in the midst of the struggle and it was enough. The physical healing was an added bonus.

I will be in trouble again—we all will. Jesus said, “In this world you will have trouble. But take heart! I have overcome the world.”

He is the place of help and hope. Look to Jesus.

Here is a video of me sharing my story. I hope it is a help and blessing to you. 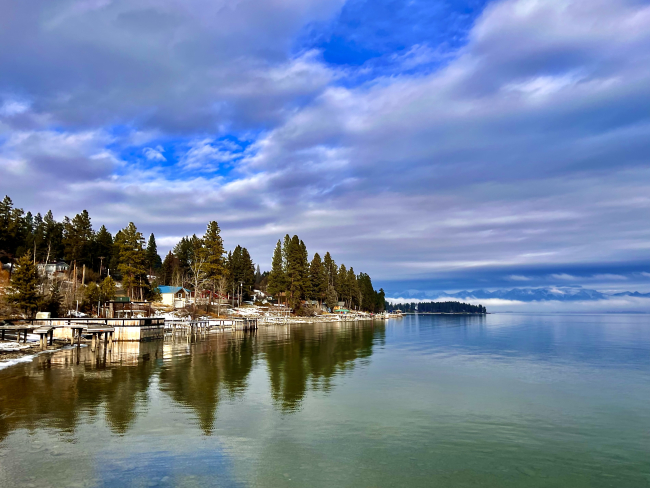 The steadfast love of the Lord never ceases; his mercies never come to an end; they are new every morning; great is your faithfulness. (Lamentations 3:22-23, ESV)

I will give you a new heart, and I will put a new spirit in you. I will take out your stony, stubborn heart and give you a tender, responsive heart. (Ezekiel 36:26, NLT)

When God our Savior revealed his kindness and love, he saved us, not because of the righteous things we had done, but because of his mercy. He washed away our sins, giving us a new birth and new life through the Holy Spirit. (Titus 3:4-5, NLT)

Anyone who belongs to Christ has become a new person. The old life is gone; a new life has begun! (2 Corinthians 5:17, NLT)

And he who was seated on the throne said, “Behold, I am making all things new.” (Revelation 21:5, ESV) 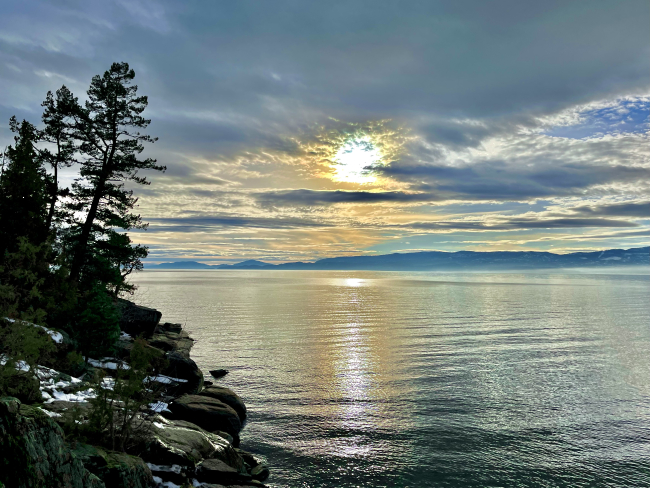 John [the Baptist] saw Jesus coming toward him and said, “Look! The Lamb of God who takes away the sin of the world! (John 1:29, NLT) Jesus said to the Pharisees, “You search the Scriptures because you think they give you eternal life. But the Scriptures point to me! (John 5:39, NLT)

The good news of eternal life is not found in words, but in the living Word. It is not based on principles, but established in a Person. It is not attained through religion, but realized in relationship. It is not proved by history, but provided for in His Story. It is not earned by good works, but given by God’s grace.

The Scriptures point to Jesus, the only Way to eternal life.