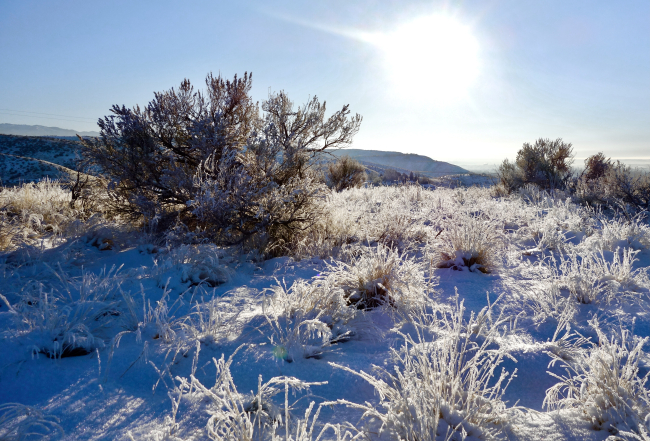 Best and happiest of all, the Time before him was his own, to make amends in! “I will honor Christmas in my heart, and try to keep it all the year. I will live in the Past, the Present, and the Future.”                 — Ebenezer Scrooge, "A Christmas Carol"

We are moving soberly towards the new year, joy for an anguishing world. — Madeleine L’Engle 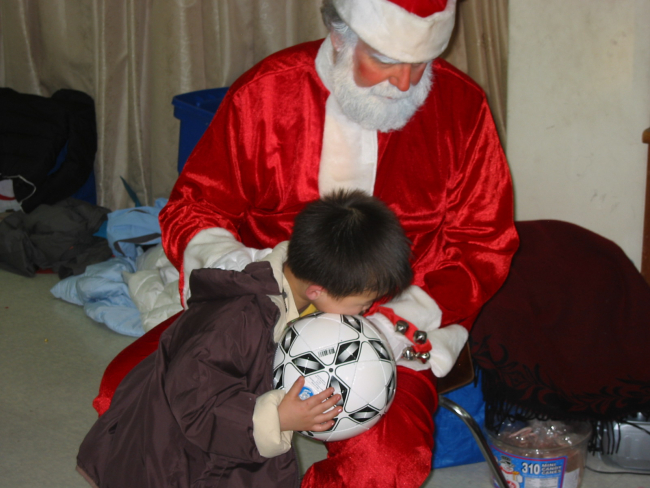 A little guy at an orphanage in South Korea thankfully receiving a soccer ball from Santa.

Jesus, you are the Messiah, the profound mystery that sets our hearts ablaze. The lowly babe, sought by shepherds on that holy night, has become our King of righteousness. Now, as we behold your glory, the incomprehensible becomes comprehensible. With songs of angels and laughter that frees our soul, we celebrate your birth. Light of the world, you penetrated the darkness and brought hope to our hearts. … May our lives be a gift that honors you. — Brian Simmons & Gretchen Rodriguez

This Christmas Season I have been so enjoying this rendition of "Mary Did You Know?" by Maverick City.

Because of God’s tender mercy, the morning light from heaven is about to visit us, to give light to those who sit in darkness and in the shadow of death, and to guide us to the path of peace. (Luke 1:78-79, NLT) 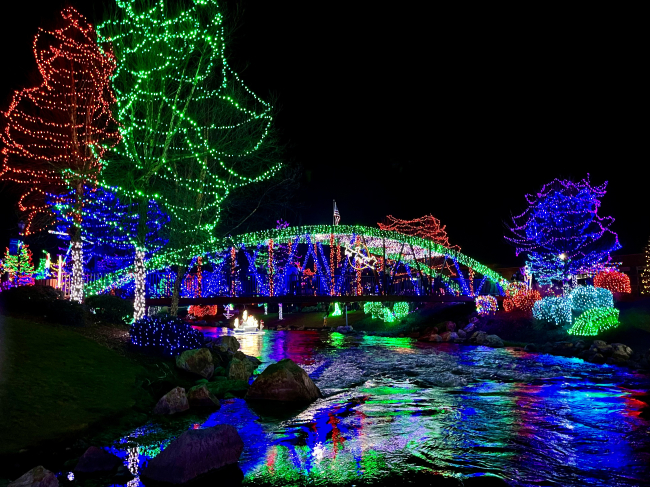 Imagine what it would be like to be at the Father’s side one moment and struggling to sleep in a cattle trough the next. Imagine what it would be like to go from hearing the praise of angels to suffering the taunts of stupid people. The cost to Jesus is an indication of the incredible value of what he came to give us. And because no one will fully know what that cost Jesus, we can only begin to understand the incredible value of his gift to us. — Michael Card

Christmas is all about God coming to us! 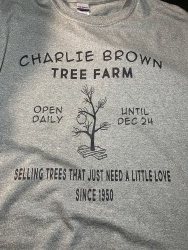 Below is a little devotional thought on "what Christmas is all about." I pray it is a help and encouragement to you. 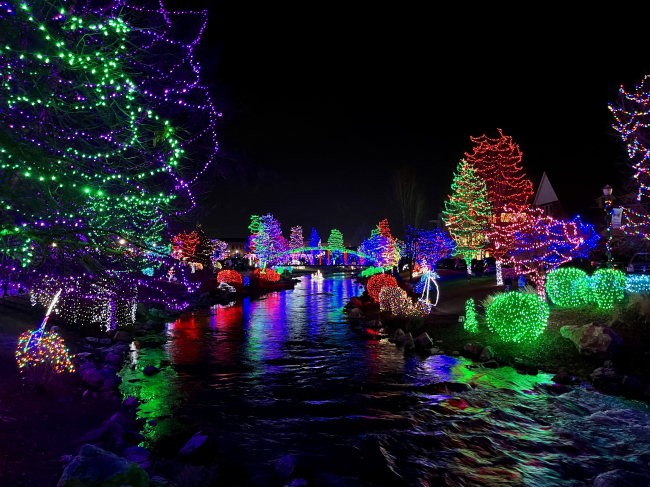 And the angel said to them, “Fear not, for behold, I bring you good news of great joy that will be for all the people. For unto you is born this day in the city of David a Savior, who is Christ the Lord.” (Luke 2:10-11, ESV)

Good news: but if you ask me what it is, I know not;
It is a track of feet in the snow,
It is a lantern showing a path,
It is a door set open. 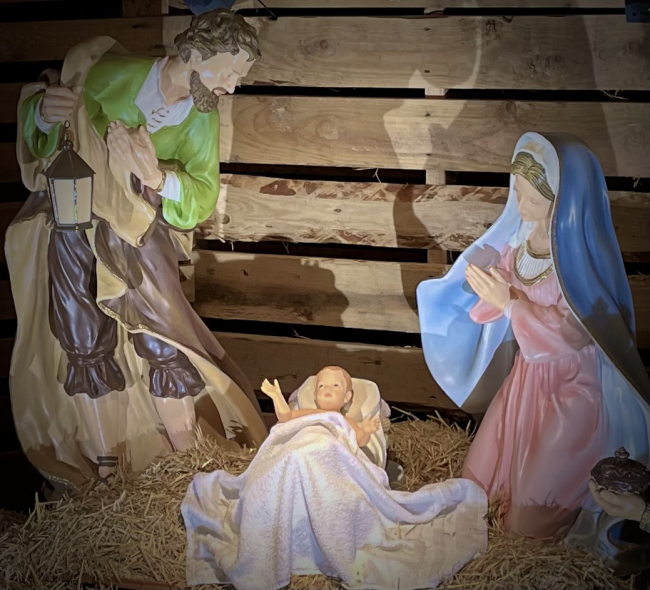 Mary treasured up all these things and pondered them in her heart. (Luke 2:19, NIV)

We know that in the midst of this romantic tale lies a real story of deprivation and glory, of simplicity and splendor. A small woman, a small baby, the rags of poverty, the riches of salvation—all of these elements are woven so tightly into a single fabric that there is no sorting the warp from the woof. The only place where all of the majesty of that first Christmas, complete with all of its earth-shattering splendor could live was within the heart of a real woman in a real stable on a real night, making possible the real story of our salvation. The heart is that small, fleshly vault that holds vast treasures none can ever take away. Thus, we return to a crude manger each Christmas to look again at a story quickly told but never forgotten. Mary's pondering was contagious. Now the whole world ponders this glorious epoch of redemption. — Calvin Miller 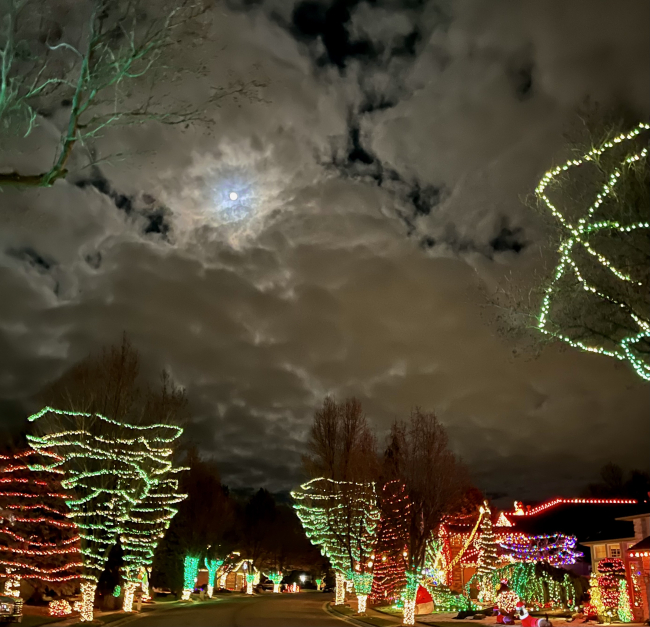 The scenery of Christmas has become too familiar and comfortable. It blocks our view into the depth of the stark mystery of it all. … What if Christmas day were both a beginning and an end? The beginning of a celebration of Jesus that would not end until the next Christmas, when it would begin all over again? What if the wise men’s worship and the shepherds’ awe became, if not a daily, then at least a weekly occurrence for us? What if the peace and rest of the nativity became a part of every day? What if Christmas were no longer a “holiday,” but a holy day, infusing all our days with holiness? — Michael Card The Savior—yes, the Messiah, the Lord—has been born today in Bethlehem, the city of David! And you will recognize him by this sign: You will find a baby wrapped snugly in strips of cloth, lying in a manger. (Luke 2:11-12, NLT)