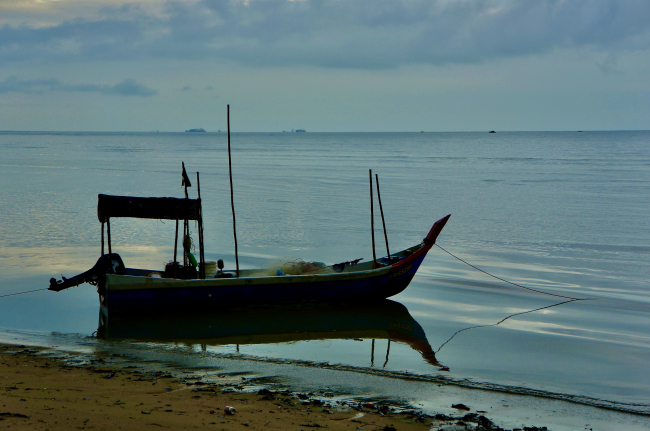 Now there was a man named Joseph, from the Jewish town of Arimathea. He was a member of the council, a good and righteous man, who had not consented to their decision and action; and he was looking for the kingdom of God. This man went to Pilate and asked for the body of Jesus. (Luke 23:50-52, ESV)

Joseph was more devoted to the dead Savior than many of us are to the risen one. When we do not get what we want from Jesus, when we want it, we quickly abandon him and turn to more promising saviors. Yet Joseph invites us to stay with Jesus even after our devotion appears hopeless. Go ahead and bury him if you have to. Admit that you feel hopeless. Yet stay by the tomb and do not turn to other hopes, because the story isn’t over yet. Joseph was going to get to use that tomb for someone else. — M. Craig Barnes

I consider everything a loss because of the surpassing worth of knowing Christ Jesus my Lord, for whose sake I have lost all things. I consider them garbage, that I may gain Christ and be found in him, … I want to know Christ—yes, to know the power of his resurrection and participation in his sufferings, becoming like him in his death, and so, somehow, attaining to the resurrection from the dead. (Philippians 3:8-11, NIV)

Keep abandoned to Him. —Oswald Chambers