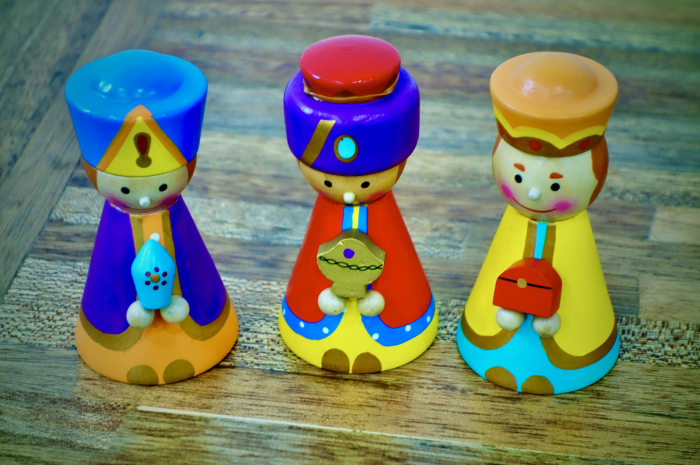 When the Magi saw the star, they rejoiced exceedingly with great joy. And going into the house, they saw the child with Mary his mother, and they fell down and worshiped him. Then, opening their treasures, they offered him gifts, gold and frankincense and myrrh. (Matthew 2:10-11, ESV)

There were three things prefigured and promised by the gifts in the cave in Bethlehem concerning the Child who received them; that He would be crowned like a King; that He should be worshipped like a God; and that He should die like a man. And these things would sound like Eastern flattery, were it not for the third.

Strange are the gifts that the Wise Men bring
To so small a Child, to so strange a King.
Sovereign gold, but his brow was torn
When they hailed him King, with a crown of thorn;
Frankincense, that they might provide
Perpetual praise to a God who died;
But none so strange as the myrrh they gave
To anoint the clothes of a three-day grave.
— Timothy Dudley-Smith

Jesus was buried, and he was raised from the dead on the third day, just as the Scriptures said. (1 Corinthians 15:4, NLT)