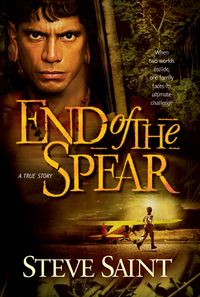 I have read these two books over the last thirty days.  I didn't have time to read them with my responsibilities in work, studies, family etc., but I had to read them.  I needed to read them.  For me, they were must reads. I carved out reading time wherever and whenever I could get it.  Most of my reading of these two books was realized in the early morning and late night hours of the day.  Every minute of lost sleep was worth it.

Both of these books are related to the story of the five missionaries that were killed in South America in the late 1950s.  End of the Spear is a book that was written by Steve Saint, the son of Nate Saint, who was one of the five martyred missionaries.  This book was made into a movie and I own the movie and have watched it many times.  The movie is great, but the book is better. (of course)  I loved the story (it is a true story) and I marked many portions in the book that I want to reread and share with others. 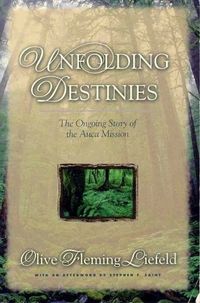 Unfolding Destinies is a book that was written by Olive Fleming Liefeld who was the wife of the martyred missionary, Pete Fleming.  Thirty-plus years after she lost her husband on a river beach in South America she wrote a book reflecting upon the "unfolding destiny" of God through the incident and throughout her life.  In the book she cites Pete's journals and affords the reader a "real life" glimpse into the hearts of the missionaries, their wives and their families, as it relates to God's ways, presence and work in their lives.  The book is another perspective into the seemingly tragic missionary tale.

I am fascinated by the story of these missionaries.  They were great men with great faith and a radical commitment to Christ, but that is not the part of the story that fascinates me.  I am amazed at God, who is undeniably enmeshed within and throughout the real life narrative.  From the first missionary calling in the men's hearts to me writing about the story nearly sixty years later--God is present and working for good and in love.

I became a follower of Christ as a teenager.  I was a reader and for Christmas one year my parents bought me the books: Through Gates of Splendor, Shadow of the Almighty: The Life and Testament of Jim Elliot, and The Journals of Jim Elliot.  I am so glad that they bought me these books.  These books began my journey with the story of the five martyred missionaries.  These books served as my gauge for what real Christian commitment looked like.  These books and their story have inspired my service and haunted my theological wrestlings over the years.

Obviously, I can't say enough about the story of the Auca Indians and the lives of the missionaries who loved them enough to die for them.  The story is rich, multi-faceted and replete with the very essence of God.  God was there on that bloodstained beach in South America sixty years ago and he is present even now in each of our lives and he is working for good and in love.

All of the books I have mentioned are must reads.

(I would also recommend the biography of Nate Saint called Jungle Pilot.  I read this one a few years ago.)